The Pet Care Center veterinary staff acknowledges your pet’s role as an important member of your family. 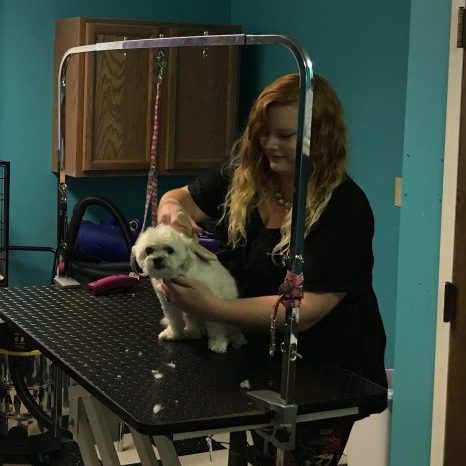 Whether you're taking your pet in for a checkup or an extended
stay in our resort, our staff will make sure your
pet enjoys their experience. 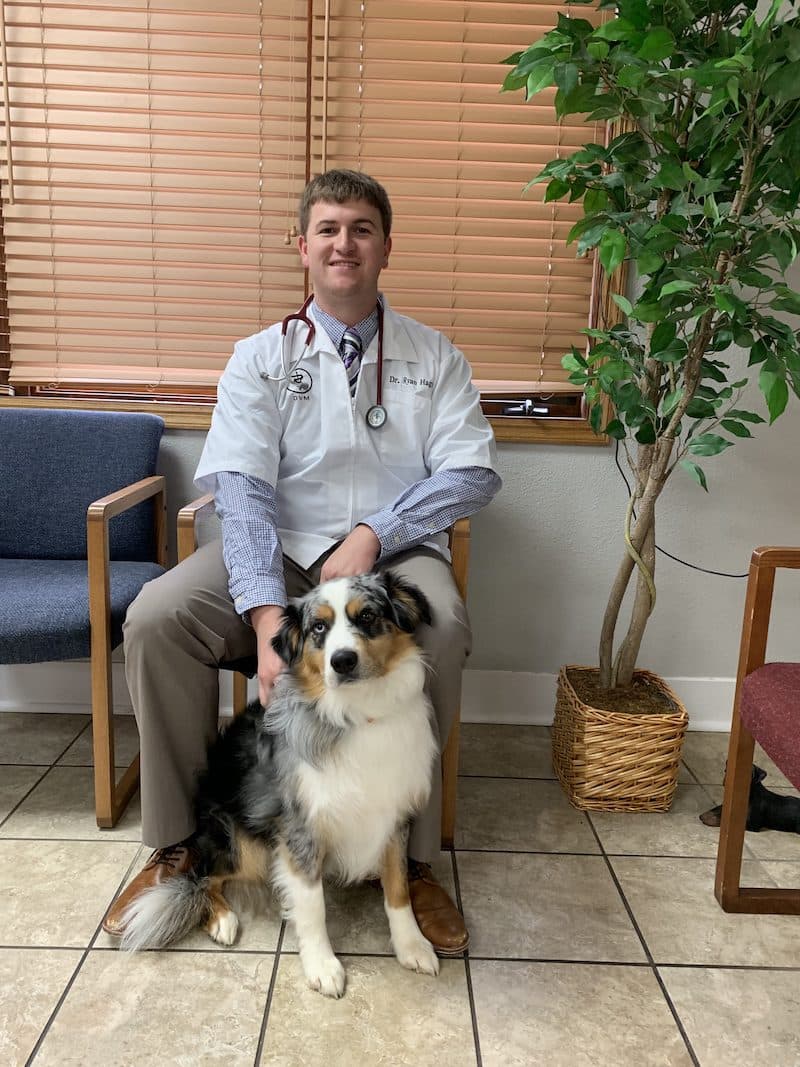 Dr. Hagan attended the University of Nebraska-Lincoln for his undergraduate program and Iowa State University for his Doctorate of Veterinary Medicine in 2016. After graduation, Dr. Hagan initially spent a couple years in Kentucky and Texas working in the equine industry and racehorses and cutting horses.Dr. Hagan moved back to the Lincoln area in 2018 to be closer to family and to be able to work closer with his horses and family farm. He focuses on general preventative medicine, surgical and dental procedures. He has also focused on emergency medicine in the past, and occasionally still performs emergency procedures as needed. He has 1 horse, a Quarter Horse mare named Dually, and 1 dog, an Australian Shepherd named Hoss. In his free time you can find him working around his house, including wood working, working in the blacksmith’s forge, as well as riding his horse and training Hoss. 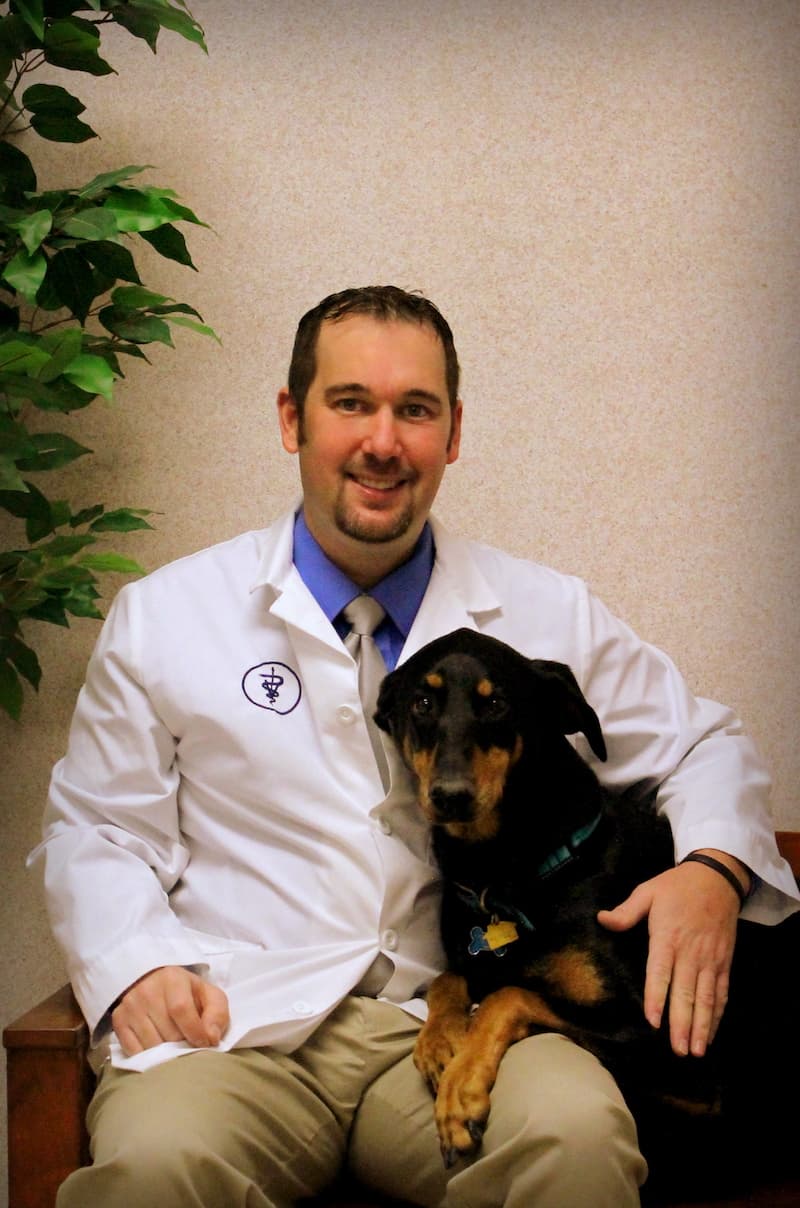 Dr. Jim Dager received his DVM from Kansas State University’s College of Veterinary Medicine, and graduated in 2010. Following graduation, he spent three years working in Texas as a mixed animal practitioner. As a Lincoln native, Dr. Dager is glad to be back living and working in his home town. He developed an early fondness caring for animals and this love pushed him to choose an occupation that allowed him daily interaction with animals in need. His professional interests include soft tissue surgery, diagnostic imaging, and routine health care. Dr. Dager has a full house at home, consisting of several dogs, cats, horses, mini donkey, and various barn yard animals including ducks, quail, and chickens. He is also a reptile enthusiasts and raises ball pythons. He looks forward to meeting you and your furry family members! 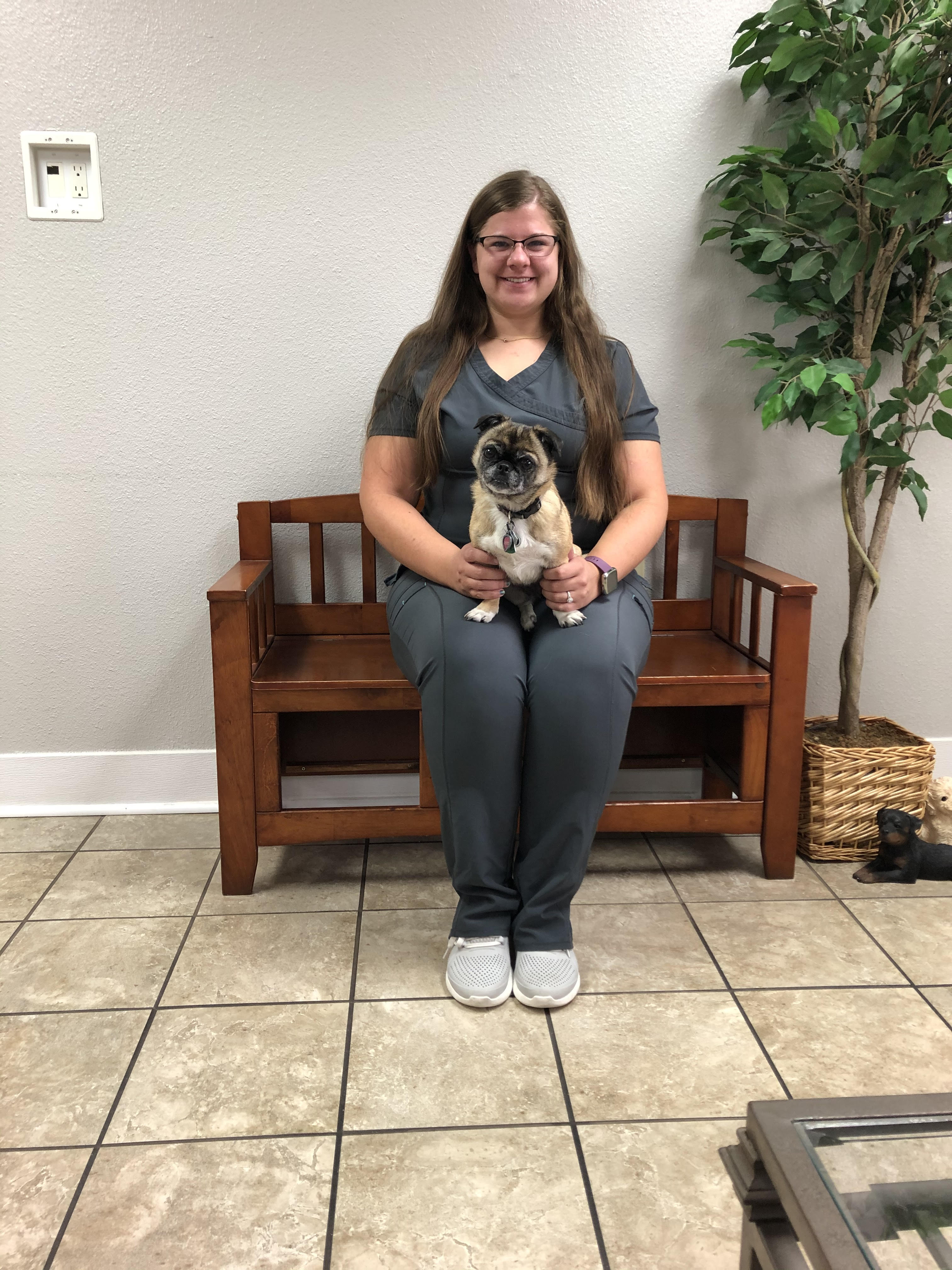 Christa has been working with pets since 2014. She has always had a passion for animals and is currently going to school to become a veterinary technician. She likes to spend time at home with her cat, guinea pig, and 3 dogs. You can see her friendly face in both the hospital and resort throughout the week. 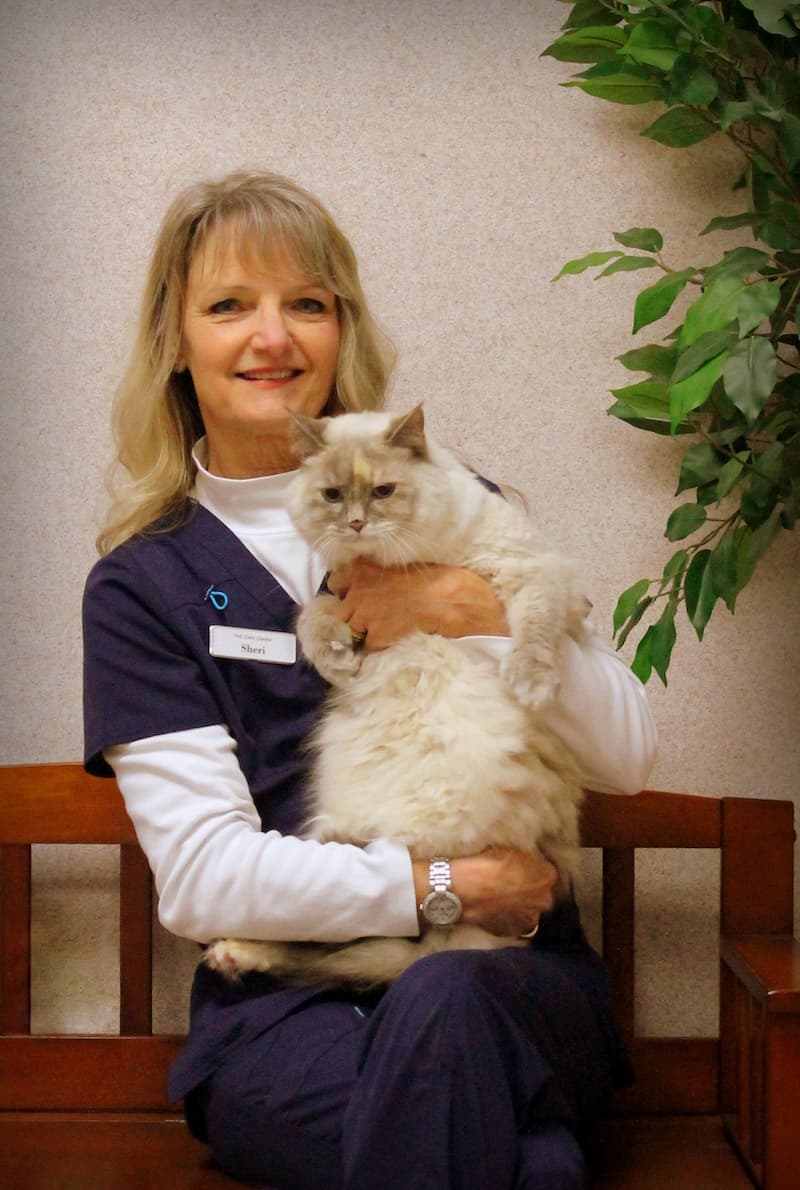 Sheri has worked in the pet care industry since 1992 and she has been with Pet Care Center since 2014. She has a Diploma Certificate in Animal Science, Certificate in Radiation Safety and an Associate Degree in Broadcasting. She enjoys getting to know clients and their pets.Sheri and her husband have a Yorkie, two Brussels Griffons, and two cats. 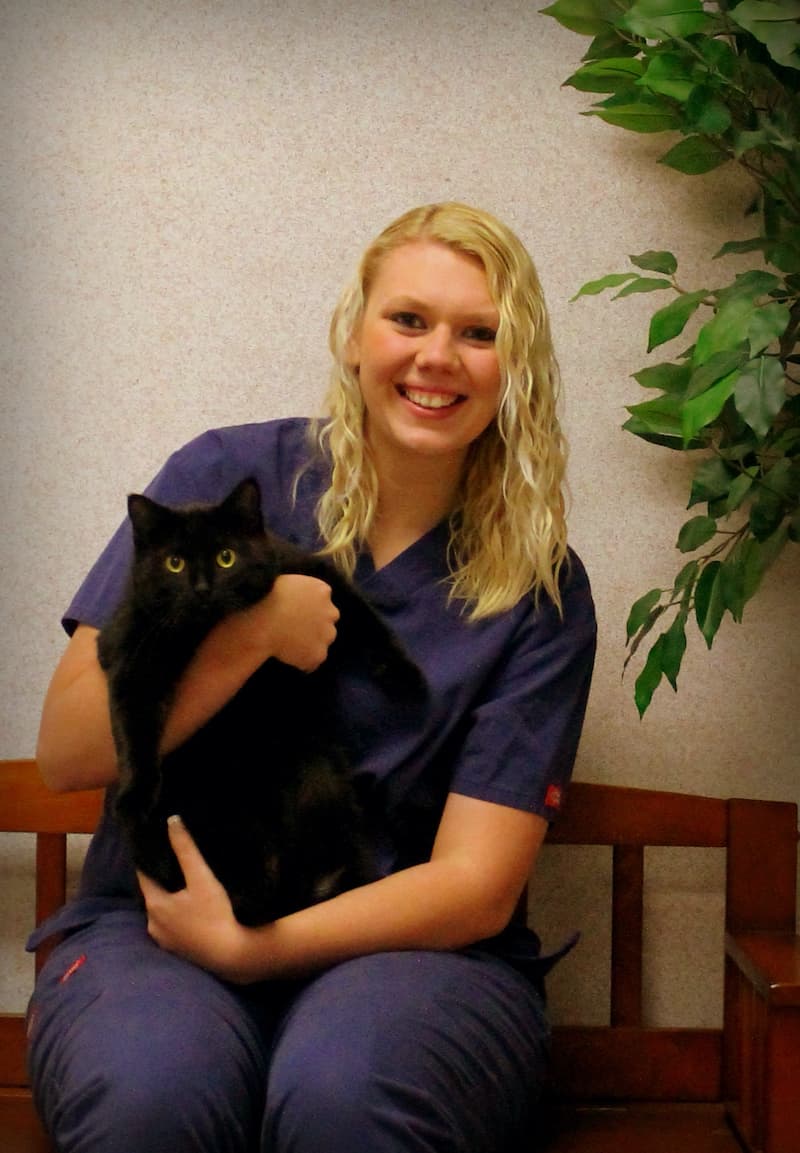 Brianna graduated from Northeast Community College in the Veterinary Technician Program in 2016. Since then she has been employed here at Pet Care Center as a Licensed Veterinary Technician. She absolutely loves her job and looks forward to going into work every day! She especially loves being in surgery and doing dental cleanings. She lives here in Lincoln with her wonderful fiancé, 3 cats and ra Rabbit. In her spare time, Brianna loves to be outdoors, whether it be kayaking, fishing, golfing or even taking her own cats on a walk in their very own stroller made for cats. If it were possible, she would rescue every cat she could! 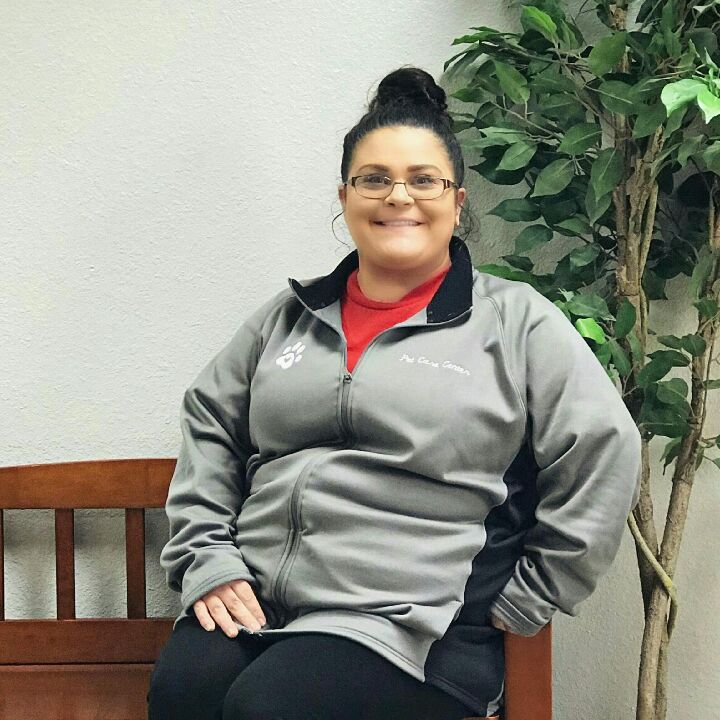 Vanessa has been in the veterinary field for about 12 years. She has held various job titles that include: kennel worker, bather, receptionist, manager, office assistant, and marketing lead. Vanessa joined the Pet Care Center team in November of 2019 and loves it. She is one of our receptionists and also does some social media work. She is a mom to two boys and has recently adopted a Jack Russell named, Luna. 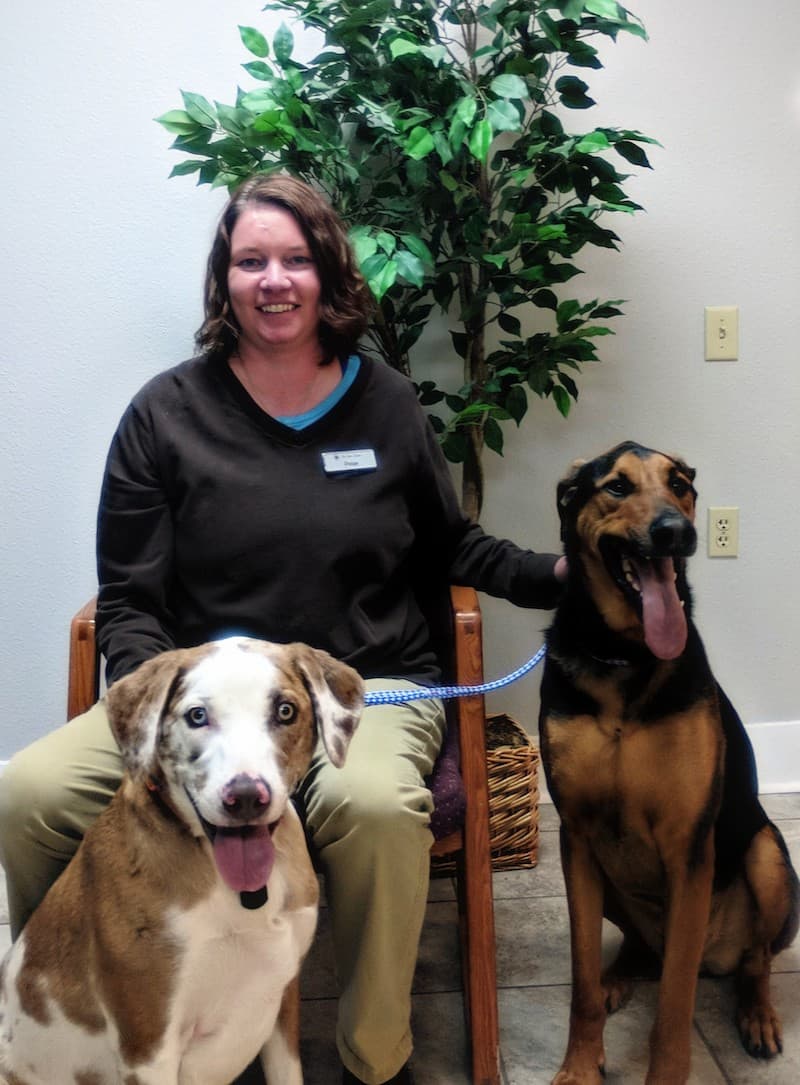 Paige was born in Boulder, CO but raised in Reno, NV. She has lived in many places including Oregon, Washington, and even Costa Rica! She has over 15 years of experience in various facets or the veterinary world. She enjoys horror movies, crime shows, and spending time outside with her dogs Luther, Briscoe, Kahli, and Scruffy. 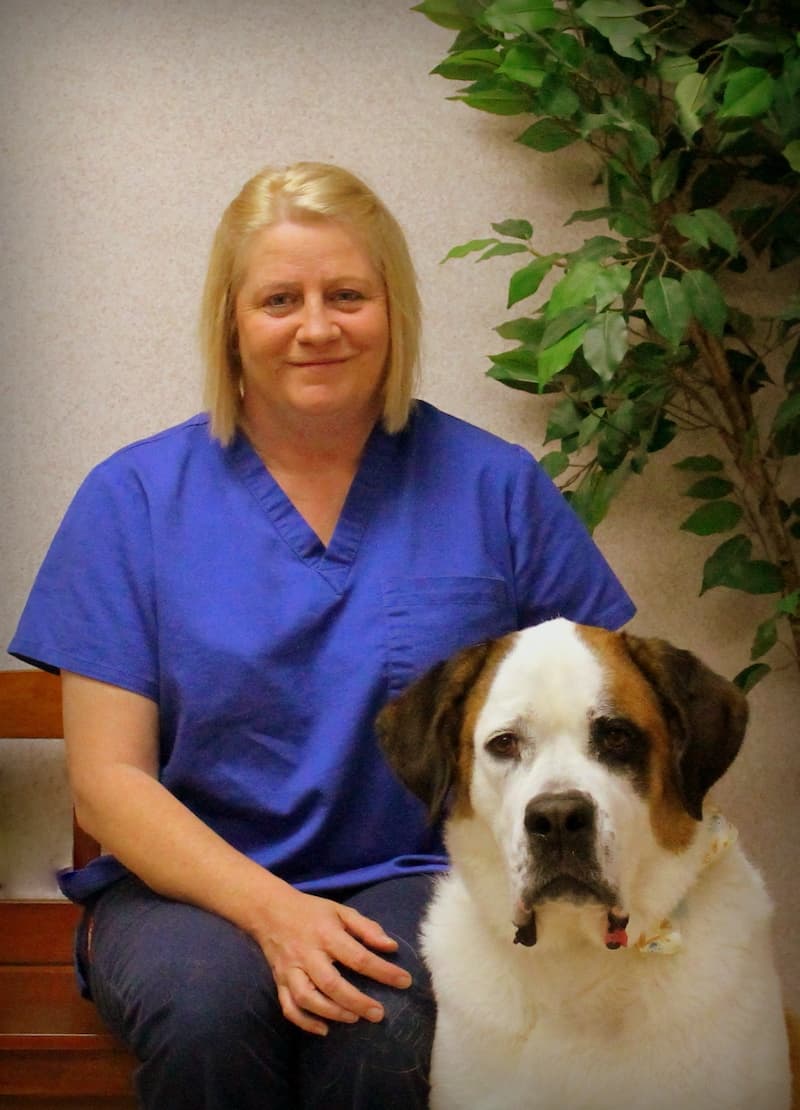 Kim has been working in the veterinary field since 2002. Kim has three daughters, Logan, Kelsey, and Bailey. They love to go camping, hiking, swimming, and occasionally staying at home to watch a movie together.  Kim has a St. Bernard named Flower. 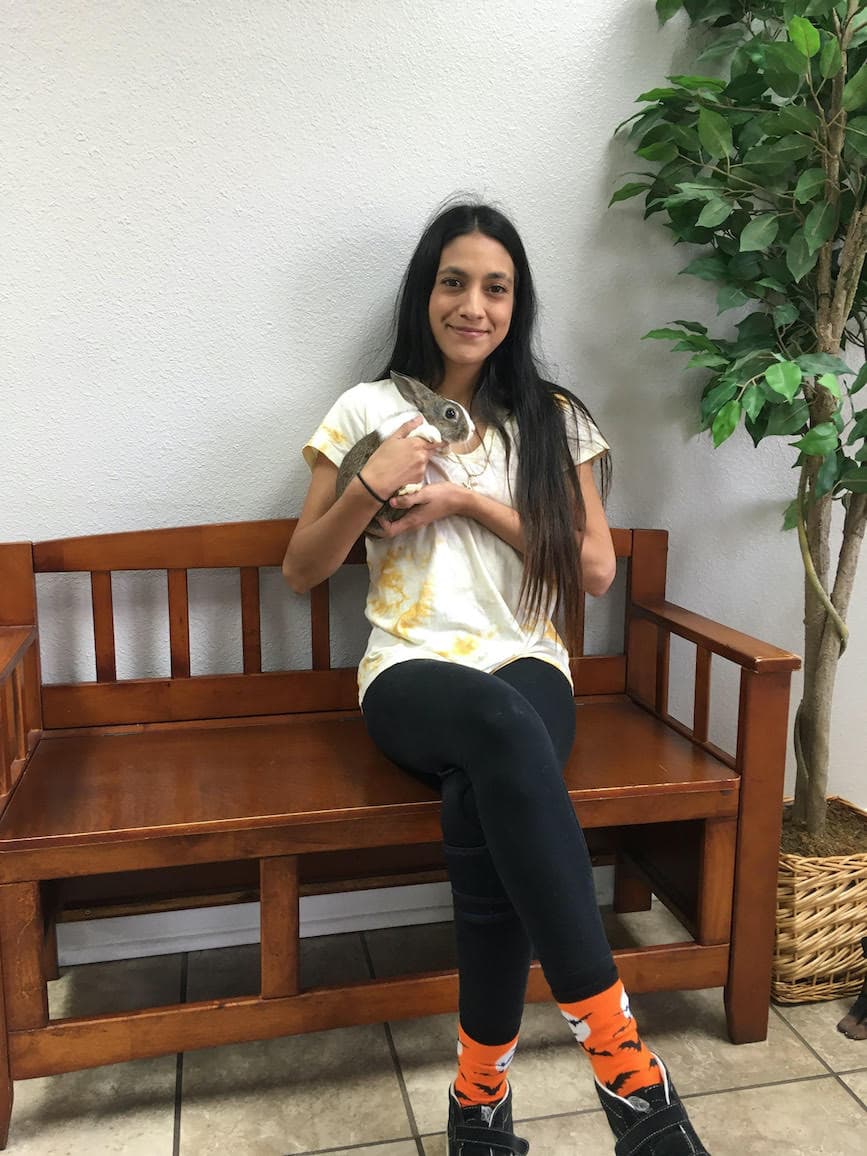 Bobbi is 23 and has lived in Nebraska for roughly 2 years. She was born a raised in California until she had her lovely "lil wild child" and decided she deserved better. She's been with her Daddy since they were 12 and inmiddle school. Since moving to Nebraska life has been the best for them, and they got their first house at the age of 22 - after being in their first apartment for a year. They now have a German Shepard puppy, a cat, and a bunny they adore. 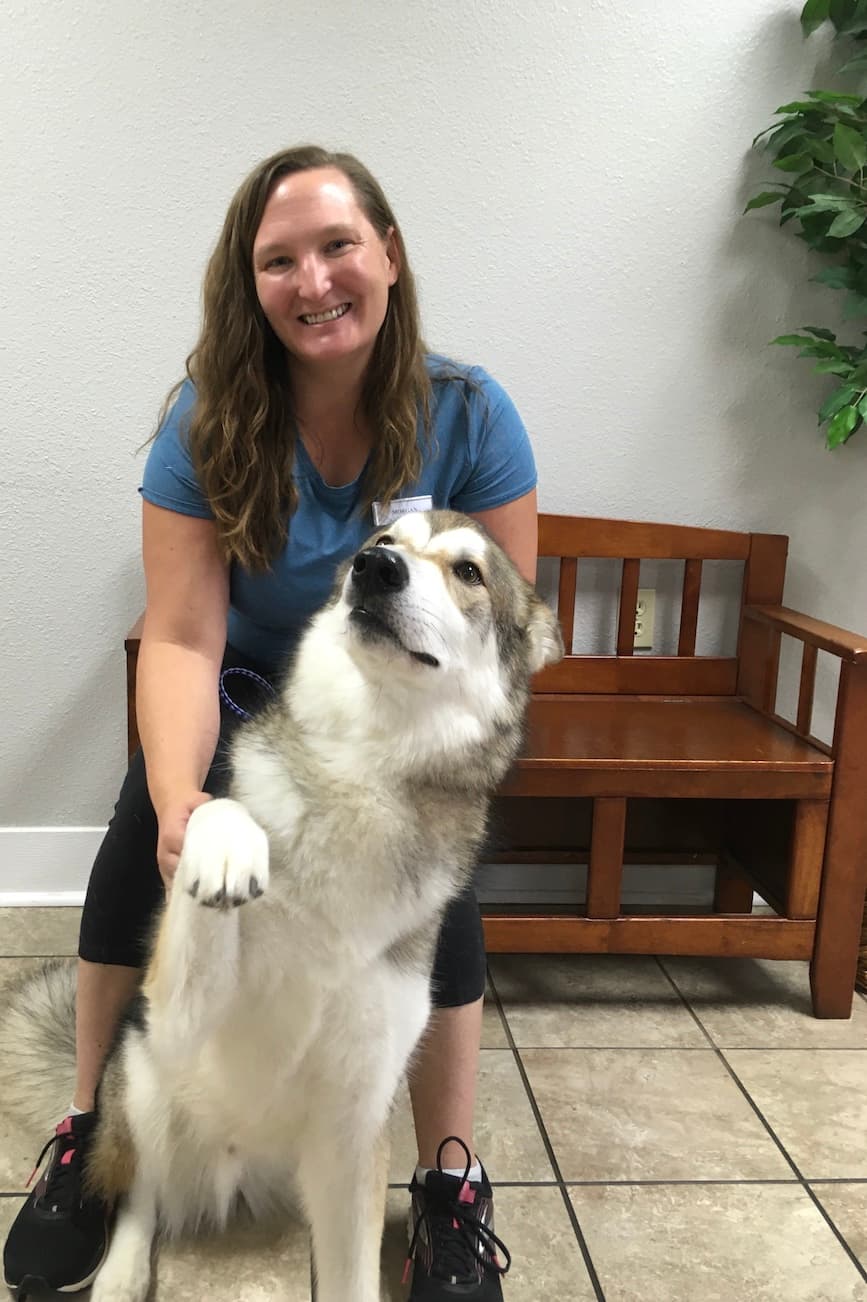 Morgan was born and raised in Lincoln, Nebraska and has always had a love of animals! She has worked in dog care since 2015 and her passion for working with dogs has only grown. She has three dogs of her own, and also does dog sitting and walking in her spare time. She loves being part of the PCC team. 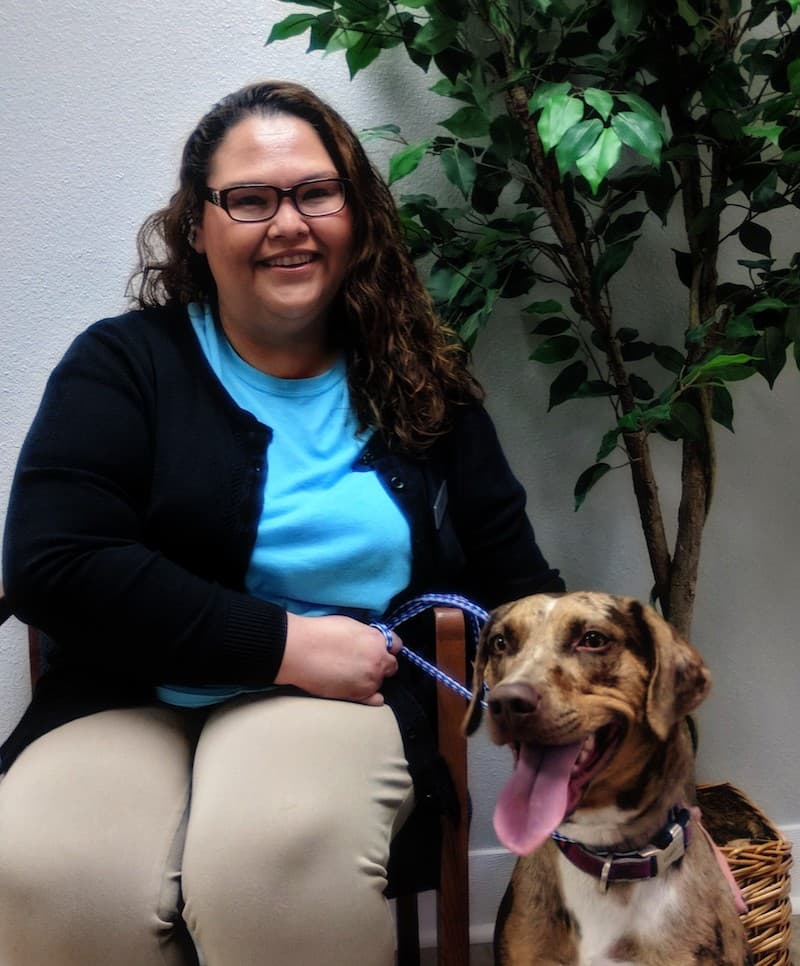 Gina was born and raised in Los Angeles, CA. She relocated to Lincoln, NE in 2016. She is the mother of twins, Justin and Justine, and their St. Bernard mix Saint. She has been in the administration/customer service business for over 20 years and enjoys meeting new people. 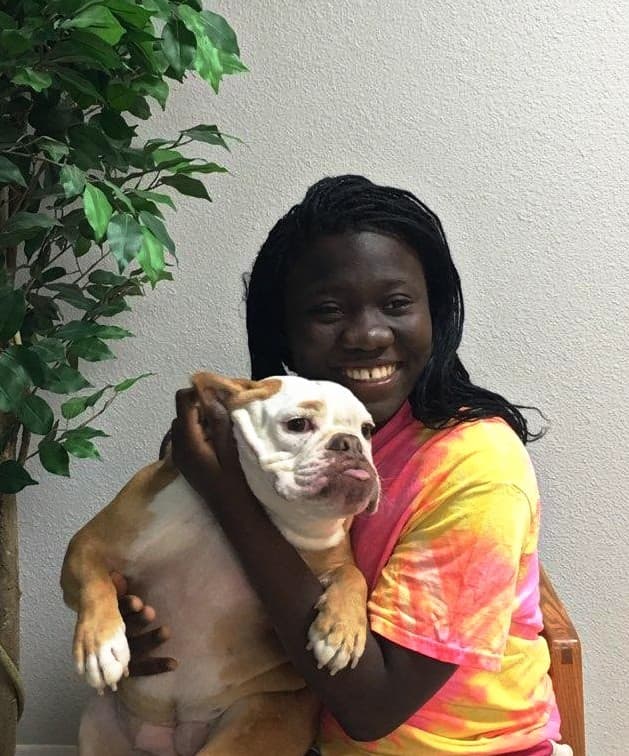 Sarha is attending the Unversity of Nebraska and is from Lincoln. She is currently in her undergraduate years studying Veterinary Science in hopes of continuing her education into a veterinary school. With a passion for all animals, Sarha spent the past summer in Africa studying abroad. In the future, she hopes to focus her career on wildlife and exotic animals. In her free time, Sarha loves eating all sorts of food and spending her days with her two German Shepherds Leo and Levi. 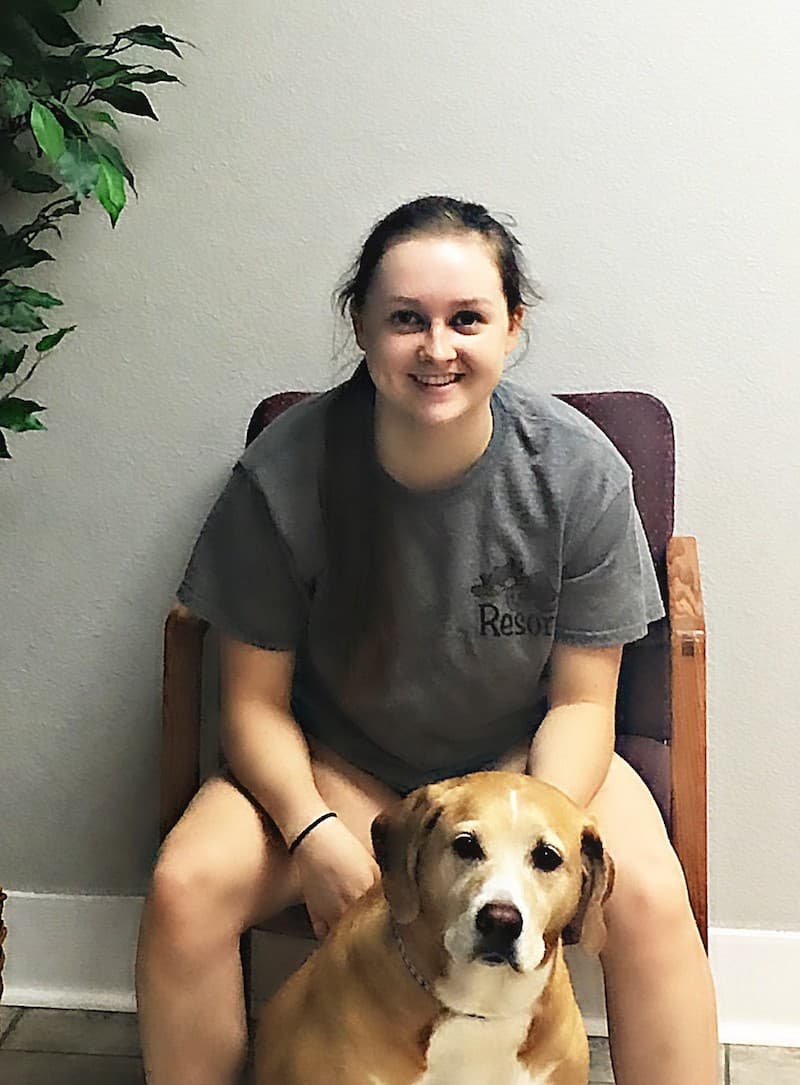 Shelby was born and raised in Lincoln, NE. She will be entering the Pre-Vet program at UNL this fall and has plans to become a veterinarian when she finishes school. She loves all animals and currently has a rescued cat named Katie. 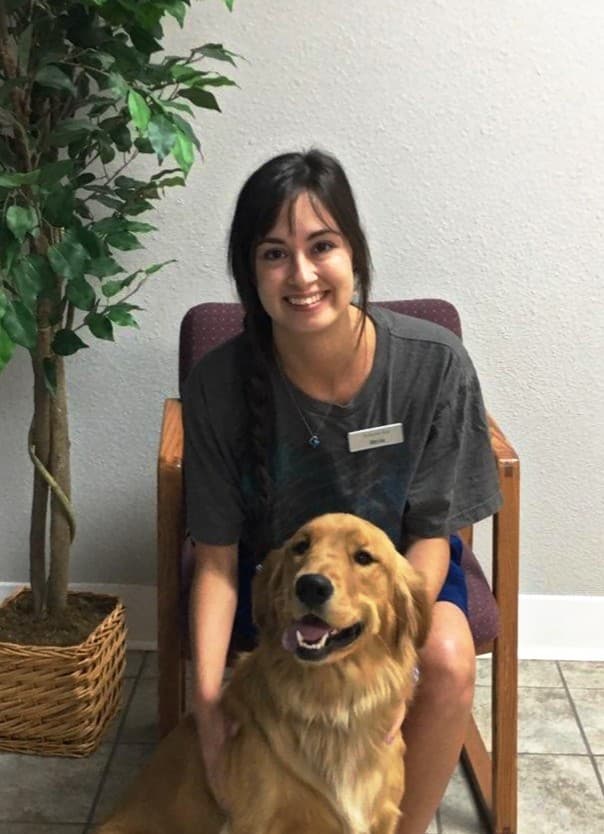 Alycia grew up in La Crosse, WI and loves being part of the Pet Care Center team! She is great with all kinds of animals from dogs and cats to parrots and horses. She enjoys hanging out with friends and playing with their pets. 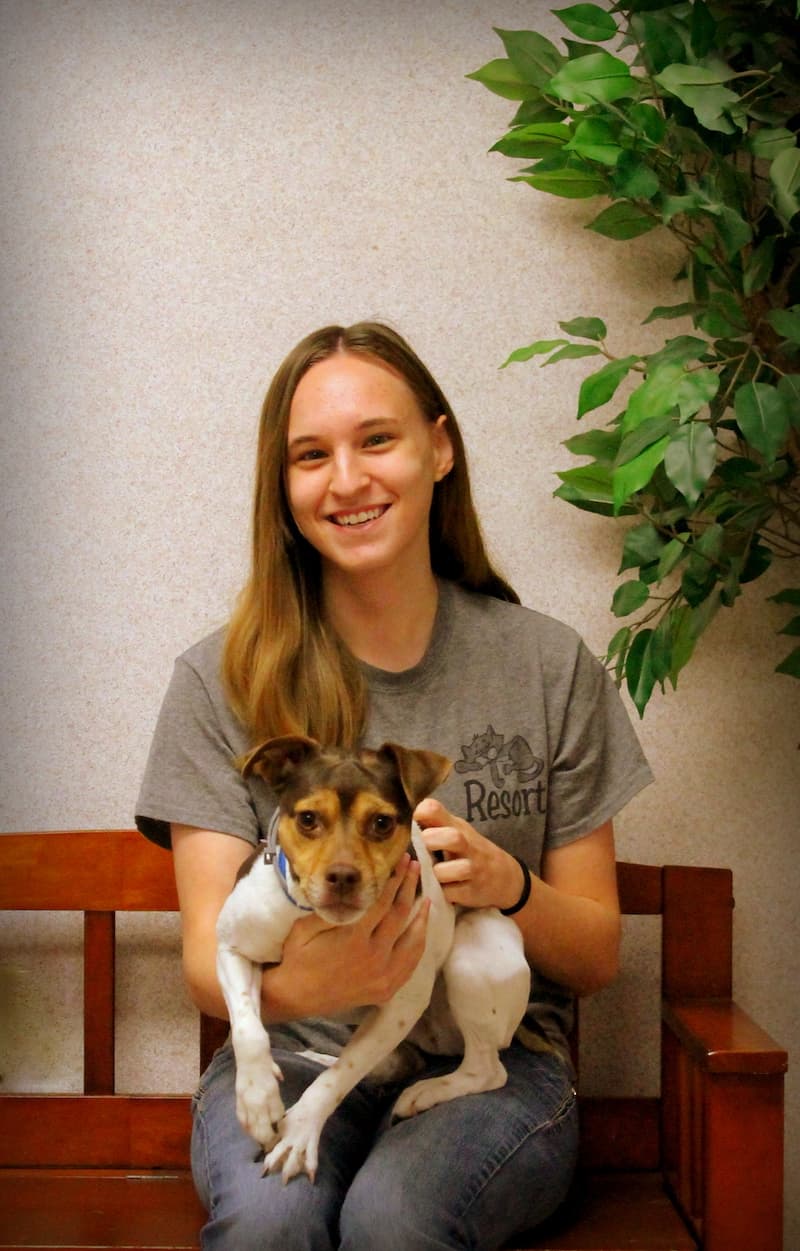 Alyssa was born and raised in Lincoln, NE and is currently studying veterinary animal science at UNL. She enjoys spending time relaxing with her four dogs Liz, Ike, Finny, and Onyx. She and her family have been showing llamas since 2002 and she recently got her first alpaca Marcie. She loves spending time and going on walks with her llama Zeke who she has been working with since 2006. 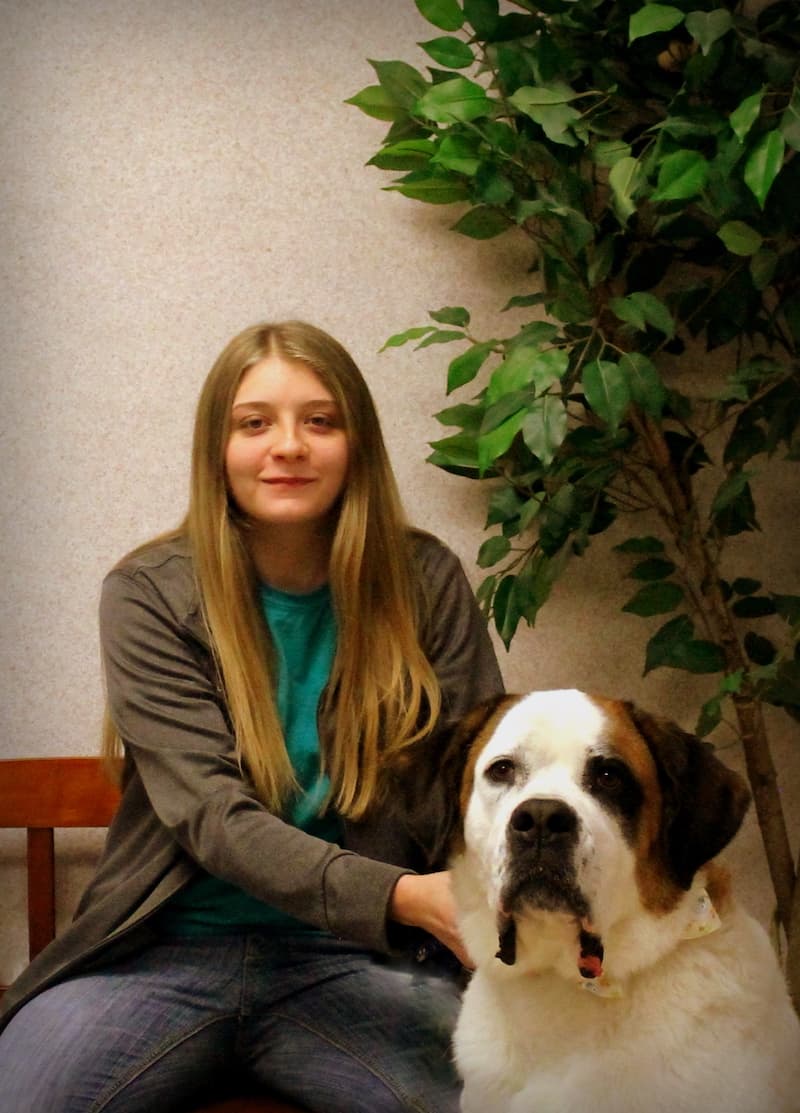 Kelsey has worked in Pet Care Center Resort since 2013.  She has a dog named Flower.  She loves taking care of dogs and cats at PCC. Kelsey really enjoys spending time one on one with the boarders. 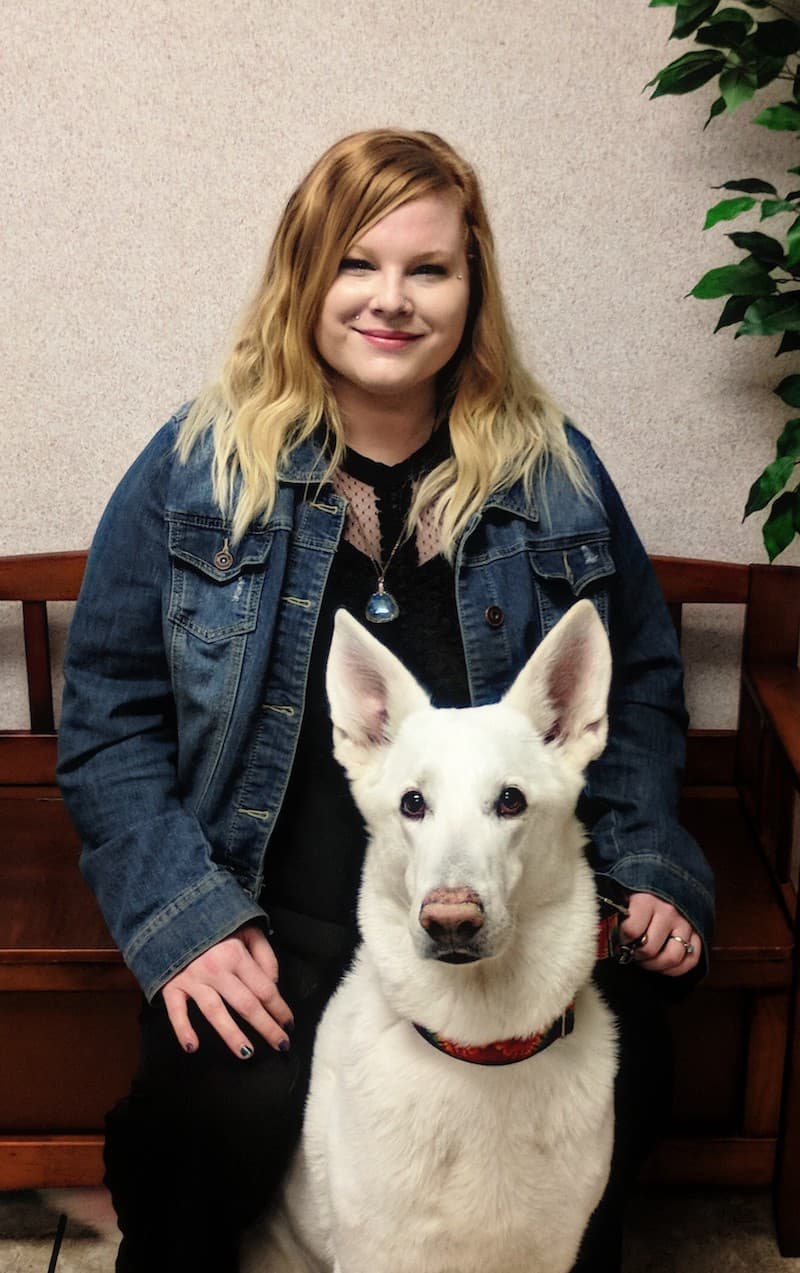 Brittany has been grooming since 2010 and has trained with a master groomer outside of Greenwood, NE for a year. She has always had an extreme passion for animals. She loves being a groomer and it has always been her dream. Besides grooming, she also loves to be at home with her fiancé, their dog Apollo, their 3 kitties Nahla, Athena & Bevo, and their 2 guinea pigs Lucy & Paisley. They also have a 55 gallon aquarium. Their dog, cats, and guinea pigs are all rescues. 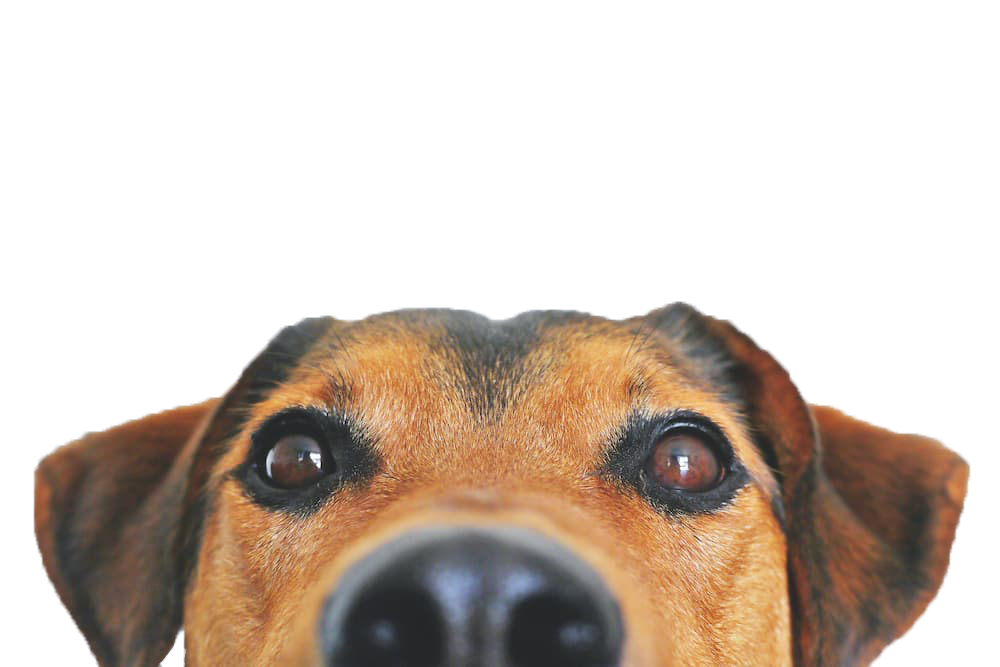 We Can't Wait to See You!